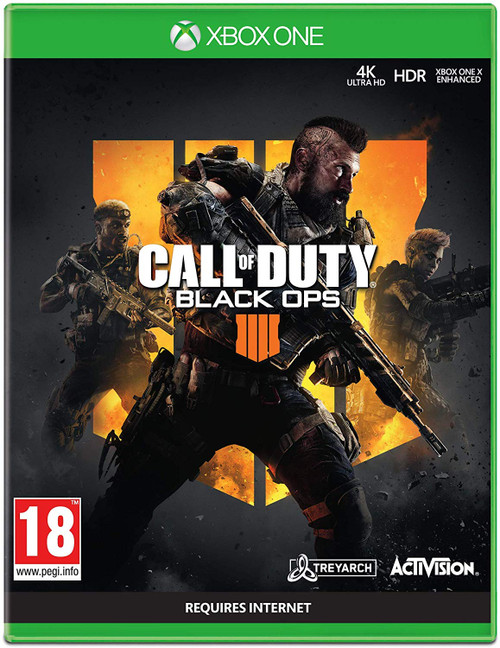 - To pre-order this product now, simply Add To Bag and proceed with Checkout - The release date is the scheduled date on which the product is available in our stores in the UAE and for delivery. This date is provided by our suppliers and is subject to change without notice. - This pre-order is eligible for collection in any of our stores in the UAE, and for home delivery. - Once you place the pre-order, your card will be charged. Your very own copy will be reserved as soon as we receive the stock, on or after the release date. - You will receive an order confirmation by email right after you finish your transaction; as soon as your copy is shipped or ready for collection in your chosen store, you will receive a notification by email and/or SMS. - Pre-Orders are not eligible for Cash on Delivery payment option. Call of Duty: Black Ops 4 (stylized as Call of Duty: Black Ops IIII) is an upcoming multiplayer first-person shooter developed by Treyarch and published by Activision. It is scheduled to be released worldwide on October 12, 2018, for Microsoft Windows, PlayStation 4 and Xbox One. It is a sequel to the 2015 game Call of Duty: Black Ops III and will be the fifth entry in the Black Opssubseries as well as the 15th main installment in the Call of Duty series overall. Black Ops 4 is the first Call of Duty title without a traditional single-player campaign mode. Instead, it features the Solo Missions mode, which focuses on the backstories of the game's multiplayer characters, known as "Specialists". The missions take place between Black Ops II and III chronologically. Some of the Specialists also carried over from Black Ops III. The multiplayer mode is the first in the series to not feature automatic health regeneration and introduces both predictive recoil and a new ballistics system. The game includes three Zombies map on release day, four if a special edition of the game, or the Black Ops Pass, is purchased. The locations of the maps include the RMS Titanic, an arena in Ancient Rome, and Alcatraz Federal Penitentiary. The game also introduces a battle royale mode called Blackout, which features up to 100 players in each match. Many characters from this and other Black Ops titles can be used as the player's character model in this mode. Development for the game started shortly after the release of Black Ops III. Treyarch chose not to create a campaign mode for the game at the beginning of development, instead putting all of their focus on the multiplayer aspect. They cited an increased interest for multiplayer and lack of time spent by the playerbase on the campaign mode as reasons why they shifted their focus. Black Ops 4utilizes Blizzard's Battle.net platform for the Windows version instead of Steam, the first game in the series to do so. Teasing of the game began in March 2018, with a full reveal taking place later in May. Two betas were held for the game; one for the multiplayer in August and one for Blackout in September. The release date was moved up to October instead of the series' usual November in an attempt to avoid coinciding with the release of other high-profile games. Pre-release reception of the game was mixed. Fans of the series expressed disappointment at the game's lack of a campaign mode. The Black Ops Pass, a season pass that distributes downloadable content (DLC), also received heavy backlash due to the map packs only being made available through the pass and not separately, which had been an option with the DLCs of previous titles.

The Sinking City Day One Edition Xbox One

Samantha Swift and the Hidden Roses of Athena