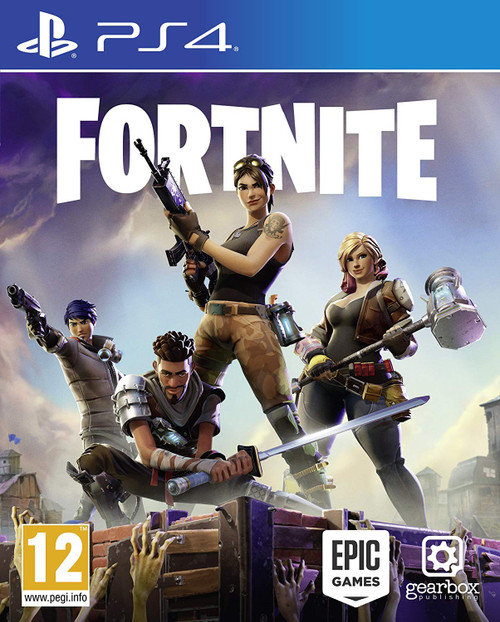 Fortnite is an online video game first released in 2017 and developed by Epic Games. It is available as separate software packages having different game modes that otherwise share the same general gameplay and game engine. The game modes include Fortnite: Save the World, a cooperative shooter-survival game for up to four players to fight off zombie-like creatures and defend objects with fortifications they can build, and Fortnite Battle Royale, a free-to-play battle royale game where up to 100 players fight in increasingly-smaller spaces to be the last person standing. Both game modes were released in 2017 as early access titles; Save the World is available only for Microsoft Windows, macOS, PlayStation 4, and Xbox One, while Battle Royale has been released for those platforms, as well as Nintendo Switch, iOS and Android devices. While both games have been successful for Epic Games, Fortnite Battle Royale became a resounding success, drawing in more than 125 million players in less than a year, and earning hundreds of millions of dollars per month, and since has been a cultural phenomenon Currently, Fortnite is distributed as two different games, though each game uses the same engine and has similar graphics, art assets, and game mechanics. In both modes, players can use a pickax to knock down existing structures on the map to collect basic resources, like wood, brick, and metal, to build fortifications with, such as walls, floors, and stairs. Such fortification pieces can be edited to add things like windows or doors. The materials used have different durability properties and can be updated to stronger variants using more materials of the same type. Within "Save the World" this enables players to create defensive fortifications around an objective or trap-filled tunnels to lure husks through. In "Battle Royale", this provides the means to quickly traverse the map, protect oneself from enemy fire, or to delay an advancing foe. Both game modes are set to be free-to-play titles, though presently, "Save the World" is in early access and requires purchase to play. Both games are monetized through the use of V-Bucks, in-game currency that can be purchased with real-world funds, but also earned through completing missions and other achievements in "Save the World". V-Bucks in "Save the World" can be used to buy pinatas shaped like llamas to gain a random selection of items. In "Battle Royale", V-Bucks can be used to buy cosmetic items like character models or the like, or can also be used to purchase the game's Battle Pass, a tiered progression of customization rewards for gaining experience and completing certain objectives during the course of a "Battle Royale" season. DON'T SEEK SHELTER... MAKE IT! The Storm came without warning. 98% of the world's population vanished ...then came the monsters. Lead the world's remaining Heroes in the fight to hold back the Storm and rescue survivors. Explore the large, destructible world where no two games are ever the same. Build huge forts, craft exotic weapons and find loot. And be sure to invite your friends. Welcome to Epic Games' new Action Building game, Fortnite.