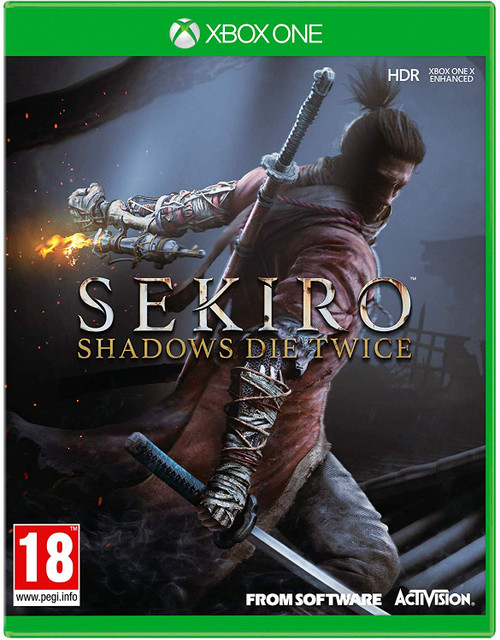 - To pre-order this product now, simply Add To Bag and proceed with Checkout - The release date is the scheduled date on which the product is available in our stores in the UAE and for delivery. This date is provided by our suppliers and is subject to change without notice. - This pre-order is eligible for collection in any of our stores in the UAE, and for home delivery. - Once you place the pre-order, your card will be charged. Your very own copy will be reserved as soon as we receive the stock, on or after the release date. - You will receive an order confirmation by email right after you finish your transaction; as soon as your copy is shipped or ready for collection in your chosen store, you will receive a notification by email and/or SMS. - Pre-Orders are not eligible for Cash on Delivery payment option. Sekiro: Shadows Die Twice is an upcoming action-adventure video game developed by FromSoftware and published by Activision. The game is scheduled to be released for Microsoft Windows, PlayStation 4, and Xbox One on 22 March 2019. The game follows a shinobi named Sekiro as he attempts to take revenge on a samurai who attacked him and kidnapped his lord. Sekiro: Shadows Die Twice is an upcoming action-adventure game played from a third-person view.Although compared to FromSoftware's Souls series, the game features no role-playing game elements, such as character creation, classes, and equipment upgrades, as well as having no multiplayer elements.Rather than attacking to whittle an enemy's health points, combat in Sekiro revolves around using a katana to attack their poise and balance instead, which eventually leads to an opening that allows for a single killing blow.The game also features stealth elements, allowing players to immediately eliminate enemies if they can get in range undetected.In addition, the player character has the ability to use various tools to assist with combat and exploration, such as a grappling hook and a torch. If the player character dies, they have the option of being revived on the spot under certain conditions instead of respawning at earlier checkpoints. Carve your own clever path to vengeance in an all-new adventure from developer FromSoftware, creators of Bloodborne and the Dark Souls series. In Sekiro: Shadows Die Twice you are the “one-armed wolf”, a disgraced and disfigured warrior rescued from the brink of death. Bound to protect a young lord who is the descendant of an ancient bloodline, you become the target of many vicious enemies, including the dangerous Ashina clan. When the young lord is captured, nothing will stop you on a perilous quest to regain your honor, not even death itself. Explore late 1500s Sengoku Japan, a brutal period of constant life and death conflict, as you come face to face with larger than life foes in a dark and twisted world. Unleash an arsenal of deadly prosthetic tools and powerful ninja abilities while you blend stealth, vertical traversal, and visceral head to head combat in a bloody confrontation.

Past Cure Xbox One

Shadow of the Tomb Raider - Xbox One Video Game

MSRP:
Was:
Price Now
AED898.00
×
Join the Conversation! Chat with Humans Not Bots!