Tales from the Borderlands: A Telltale Games Series - Xbox One Video Game 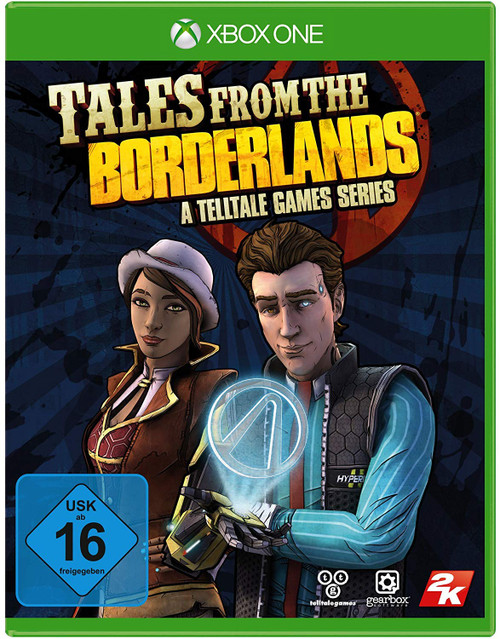 Tales from the Borderlands: A Telltale Games Series - Xbox One Video Game

"Tales from the Borderlands" will explore and expand on the stories of existing and all-new characters from the world of Pandora, as seen in the critically-acclaimed and best-selling Borderlands 2 from Gearbox and 2K. Featuring two playable characters, the story is told from two unique perspectives that will alternate as the story progresses. These characters include Rhys, a scheming, low-level data-miner within Hyperion who's plotting his own grand ambitions, and Fiona, a clever and classic fast-talking con-artist born and raised on Pandora out to pull off the grift of a lifetime. While they themselves aren't vault hunters, both Rhys and Fiona will also come across vault hunters such as Zer0 and other characters from the world of Borderlands 2 throughout the series, as all events in Tales from the Borderlands will be part of the official Borderlands story canon.

Tales from the Borderlands is an episodic point-and-click graphic adventure comedy video game similar to Telltale's other games. It was released in five episodes. The player is able to move the game's two playable characters, Rhys and Fiona, around the world's environment, interacting with different objects. Rhys has a cybernetic eye installed which enabled him to scan items in the environments, while Fiona is equipped with a single-shot pistol that could be enhanced with elemental damages.The game also features several simple puzzles which involves players interacting with different items of interests. Tales takes place in the Borderlands universe, primarily on the planet Pandora. Long-standing fables of a Vault containing vast treasures on Pandora has drawn numerous "Vault Hunters" to the planet, as well as the corporate interests of the Hyperion corporation who maintain military-like control of the planet from an orbiting base named Helios. The game occurs after the events of Borderlands 2. It has been discovered that there are numerous other Vaults scattered throughout the galaxy, leading to a search for more Vault Keys that can open these new Vaults. The player separately controls the story's two protagonists Rhys (Troy Baker) and Fiona (Laura Bailey). Rhys is a Hyperion employee, who has been working with his co-worker and best friend Vaughn (Chris Hardwick) to get promoted into the higher ranks of the company but is stymied by his new boss and rival Hugo Vasquez (Patrick Warburton). Fiona is a con artist working on Pandora along with her sister Sasha (Erin Yvette), both who learned under their adoptive mentor Felix (Norman Hall). Like the mainline Borderlands series, the game features a loot system in which players can collect cash scattered throughout the game's locations, which can be used to purchase items during certain points of the game. Gameplay mainly revolves around reacting to on-screen prompts and engaging in quick time events. In the game, players initiate conversation trees with non-player characters. Choices made by the player, which are often timed, influence story elements in future episodes, such as the player character's relationship with other characters.
Key Features

A Plague Tale: Innocence Xbox One

Jumanji: The Video Game Xbox One